A Road-Trip for Chuseok

Upon returning to Korea at the end of August, the Harrington's, namely Mike, began the process of buying a car and acquiring a Korean driver's license, the process of which may require it's own story/article/blog post. Regardless, the couple purchased the fine specimen that is a Kia Matiz named Geumi from dear friends (who-ought-to-return-to-Korea-rather-than-establish-life-in-the-states) and anticipated road tripping it up with their sweet 3.5 legged Lady Annyeong. 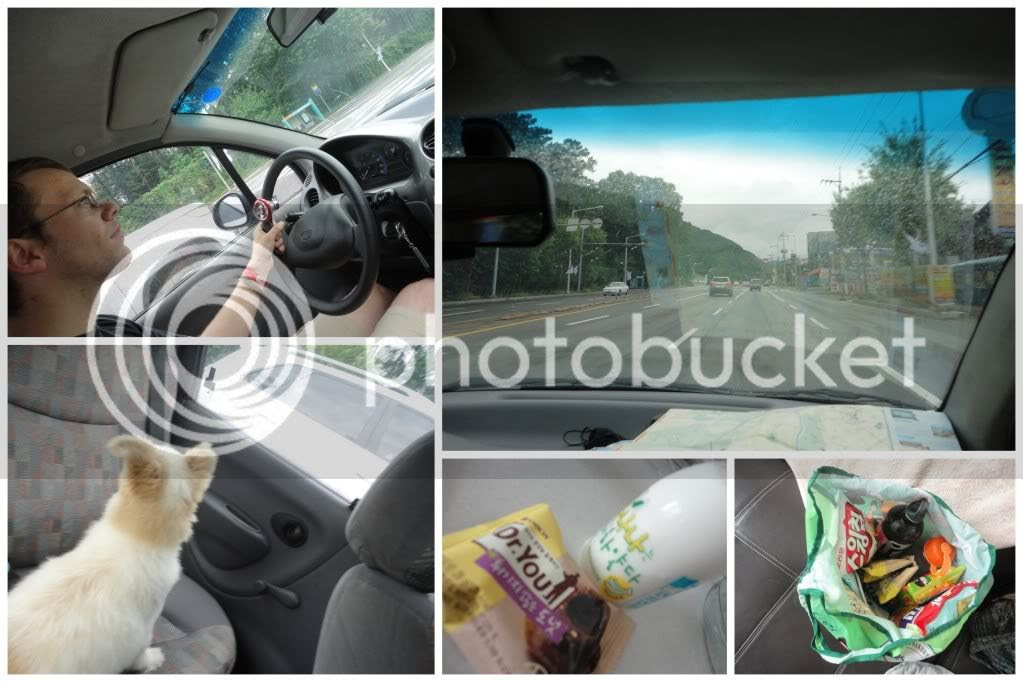 Fortunately, Korea provides a healthy bit of vacation for foreign English teachers mid-September (whilst the Korean population offers thanks for the 'harvest' and honors their ancestors during the holiday known as chu-seok) and the couple, having failed to plan a legitimate overseas or Jeju-bound trip for the 5-day weekend, giddly embarked on a short day trip in their little white Geumi Matiz.

Free to hit the road when they so pleased, the couple made their way out of Daejeon between 9:30 and 10:00 and headed West. The road trip took them to Chilgapsan Provincial Park where they received gestures that indicated Lady was in fact, not allowed into the park, at this entry, on this day, ever...(the couple is not entirely sure as rumors abound that pets are allowed into provincial parks, but not national parks, therefore, an investigation soon be undertaken). Regardless, the park allowed for a small bit of parking lot walking for Lady Annyeong and a short bit of Chilgapsan exploration by the man Harrington. 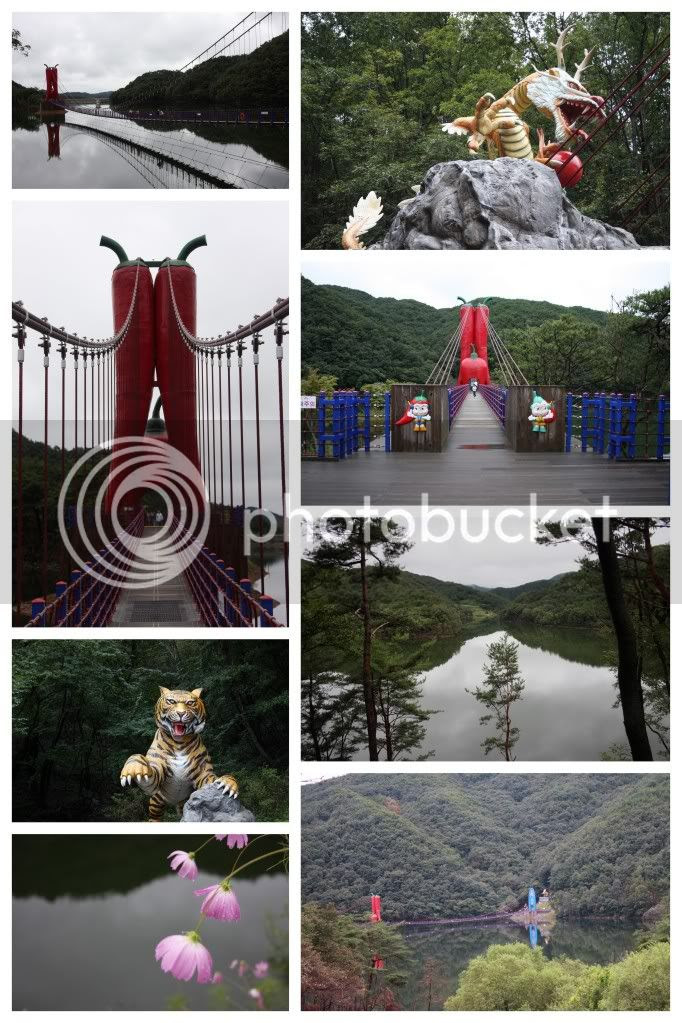 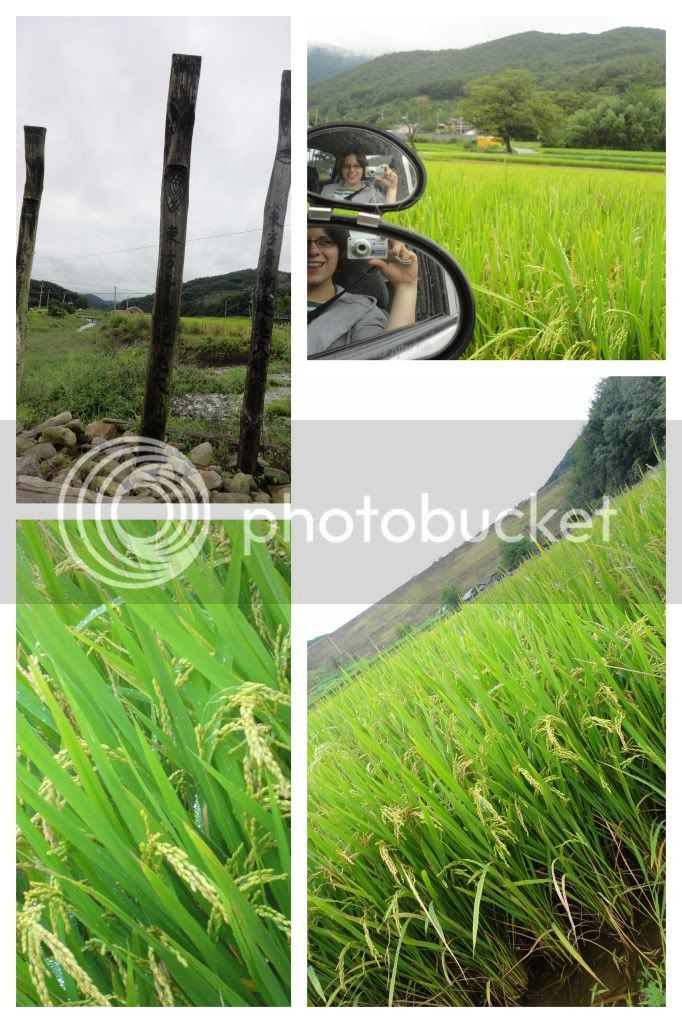 The trip continued forth until the couple passed through Boryeong and arrived at Daecheon Beach. Boryeong is famous for mud and more specifically a mud festival which tends to be a big hit amongst foreigners who like things dirty, the destination was however marked by eating raw fish and strolling along the beach for our beloved Harrington family. Sights along the beach included fishermen, foreigners swimming and playing chicken and an unimaginable number of creepy crawly bugs that went insane upon feeling the vibrations of humanoid footfalls. 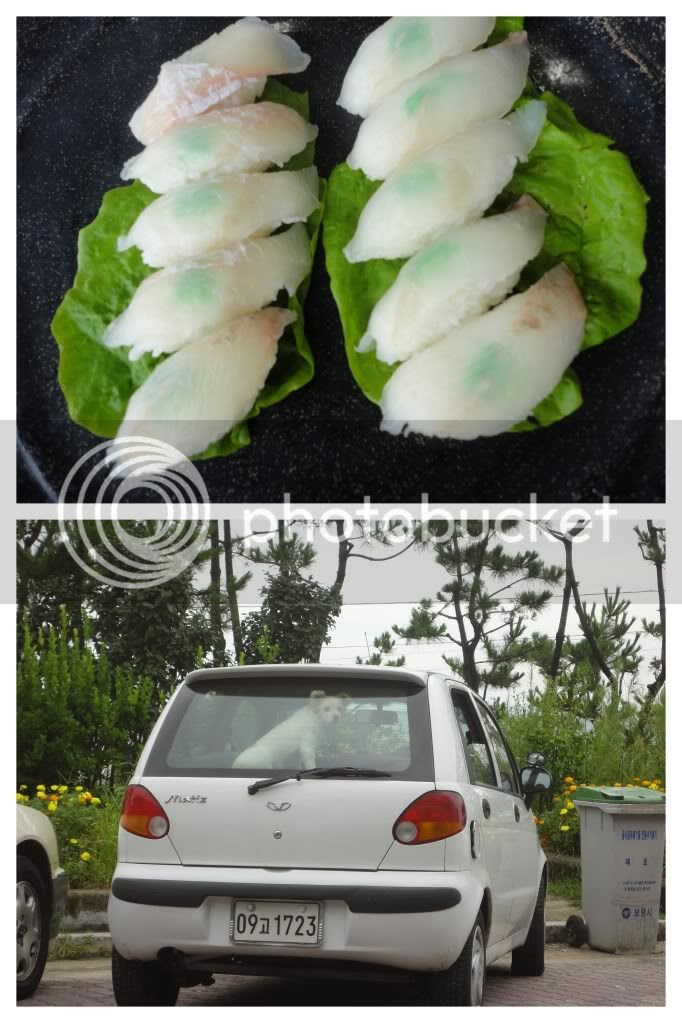 From Daecheon, the Harrington's swung back east, toward Daejeon where all three Harrington's unloaded and spent the evening in full out relaxation mode.
Posted by Unknown at 9:42 PM

Very nice and I put it up on...
http://expatabundance.blogspot.kr/