Something that Mike and Melissa have always been grateful for, are the numerous opportunities they have to spend holidays with family. Other than the two years they spent in South Korea, the couple has either been affiliated with a school holiday schedule or been their own bosses. Done right, self-employment offers the freedom to celebrate the holidays with both sides of the family without too much hassle or inconvenience.

Following up a grand time celebrating the holidays with the Harrington crew and a quick weekend of slinging beer and pizza at The Burlington Place, Mike and Melissa made their way to Sturgis, South Dakota in order to celebrate Christmas and New Year’s with Melissa’s family. 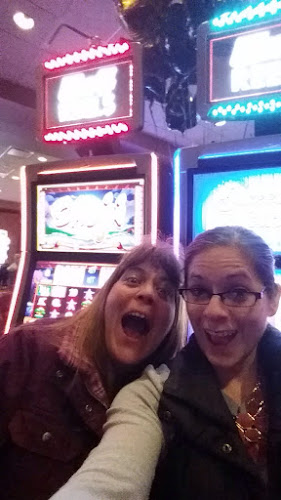 Arriving on a Tuesday afternoon, the Harrington duo took to lounging and enjoying snacks, brews, etc with the Allen parents. Fire crackling, menus being planned, small talk being had; the first night in SoDak was perfectly relaxing.

Upon waking up and slowly getting ready Wednesday morning, the crew made a quick decision to head on into Deadwood and try their hands at a slot tournament. The slots of downtown Deadwood and the Deadwood Lodge were not too eager to pay out for the Harrington’s, but there was just enough winning to keep all participants engaged and entertained for a more than a few hours. After lunch and a few more pulls at the slot machines, the Allen/Harrington crew made their way back into Sturgis. In anticipation for the upcoming day of festivities, Melissa and her father headed to the grocery store and checked off the list of items that would have them enjoying entirely too much junk food and French Dip sandwiches in celebration of the New Year the following day. 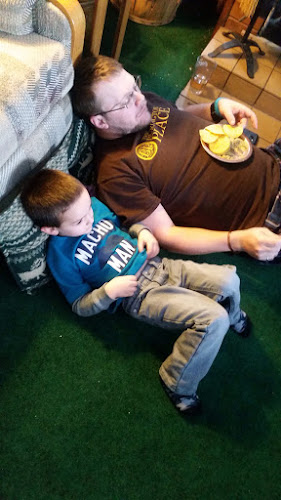 Awaking New Years Eve day, Mike and Melissa were horrified to discover that their heads were stuffy, their muscles achy, and their overall energy levels dangerously low. An entire year of decent health came to a screeching halt as both Harrington’s set out to spend the New Years holiday feeling under the weather. Fortunately, there were no plans to leave the Allen’s cozy home, therefore, it was 100% acceptable for the Harrington duo to remain in their pajamas, drink hot lemon tea and take in some Emergen-C with hopes of feeling semi-decent when additional family arrived ready to celebrate Christmas and the New Year. 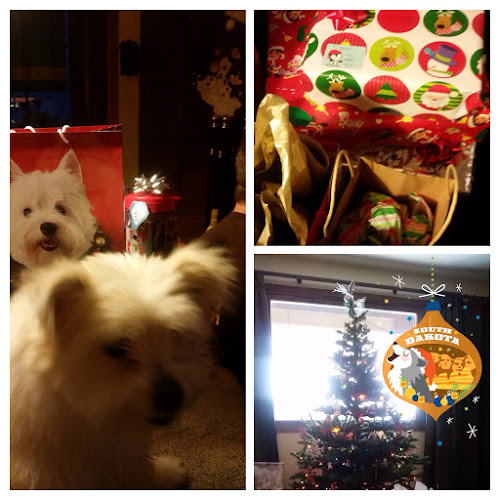 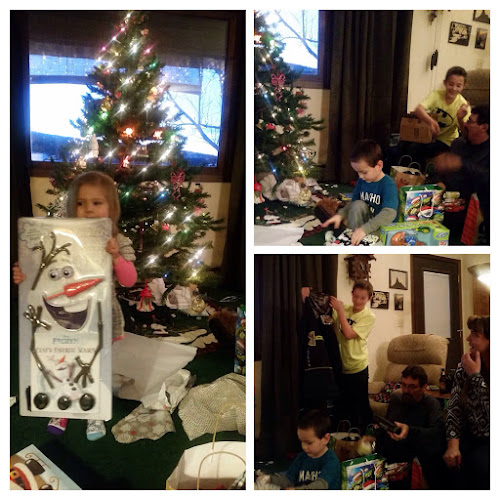 As the evening hour set in and the rest of the celebration crew arrived, M&M were unfortunately still feeling under the weather, but did their best to keep pace with the family; young nieces and nephews included. The afternoon began with the joy of Christmas giving; colorful paper flung far and wide, childhood exclamations of joy and excitement being shouted out and gifts being turned over and admired in the hands of many. Soon, Christmas activities were “out of the way” and the houseful of celebrants set into motion the joys of New Year’s Snacking, imbibing and gallivanting. 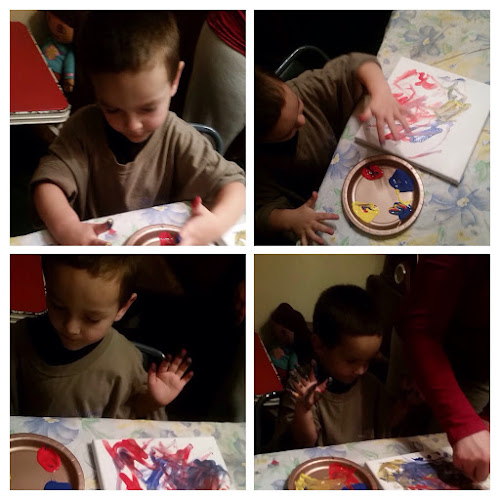 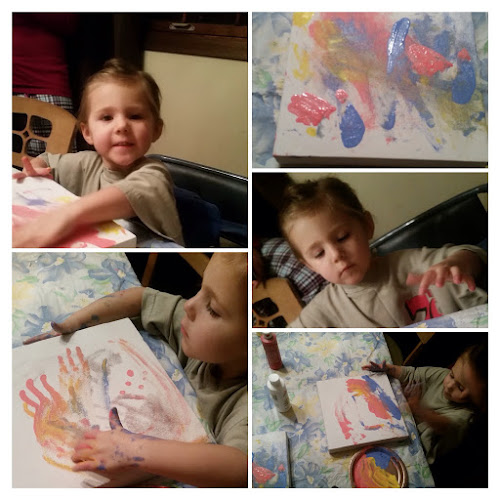 Between numerous dips, crackers, chips, roast beef sandwiches and out of this world sweet treats, the crew took part in a variety of activities. The children were given canvases for finger-painting (a future gift in the making) and a robot to build. Adults continued snacking and lounging in their pajamas. Movies were a go on Netflix, and Catchphrase made numerous passes around the dining room table. Soon enough, tiny eyes could no longer remain watchful and the over 18 crowd began a rousing, yet generally inappropriate game of “Cards Against Humanity”. 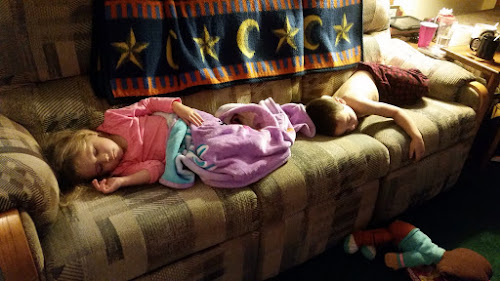 As the clock struck midnight, champagne was toasted (as were a few celebrants) and the Harrington duo begrudgingly gave up their spots at the game table and went to bed, hopeful that the morning would find them feeling less in the dumps. 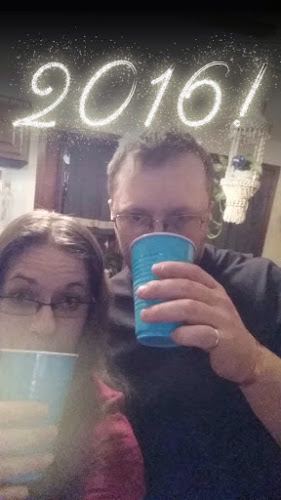 Upon waking to the year 2016 for the first time, the Harrington’s were still below 100%, but could feel that progress was being made. The couple took their time packing up their belongings, old and new, said their good-byes and made their way back to Burlington, eager to see where the year 2016 would lead.

Posted with Blogsy
Posted by Unknown at 4:22 AM